The Constitution of 8 December 1992 established a presidential system with a bicameral parliament in the end of 2004 (Oliy Majlis and Senate). The president is elected for seven years by direct universal suffrage. He appoints the government, who should receive the investiture of Parliament.

Local authorities have their own representative bodies (governors and local assemblies), including the Autonomous Republic of Karakalpakstan.

After the death of President Islom Karimov on 02 September 2016, the new President of Uzbekistan, Mr Shavkat Mirzioïev was elected on 05 December 2016. President Mirzioïev since his election develops the opening of Uzbekistan with a maximum of foreign countries and highlights tourism as a priority goal for the country. 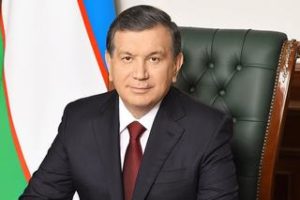 The first President of the Republic, elected democratically in March 1990, was Mr. Islom Karimov.

On December 23, 2007, President Karimov has been elected for 7 years again.

Uzbekistan is a member of the UN, OSCE, UNESCO, WHO, the World Tourism Organization, etc. On 21 December 1991, Uzbekistan became a member of the Commonwealth of Independent States (Almaty Treaty), comprising 12 of the 15 former republics of the USSR. On 27 January 2006, it also incorporates the Eurasian Economic Community and the Organization of Collective Security Treaty 15 August 2006, a sign of a rapprochement with Moscow. On 18 May 2007, the Uzbek government has decided to accede to the Agreement on cooperation in the enforcement of criminal penalties in the Eurasian Economic Community. In November 2008, Uzbekistan suspended its participation in the EAEC.

165 States recognized Uzbekistan, of which 103 have established diplomatic relations with it. Over forty diplomatic missions perform their duties in Tashkent.

The death penalty was abolished in Uzbekistan since January 1, 2008.